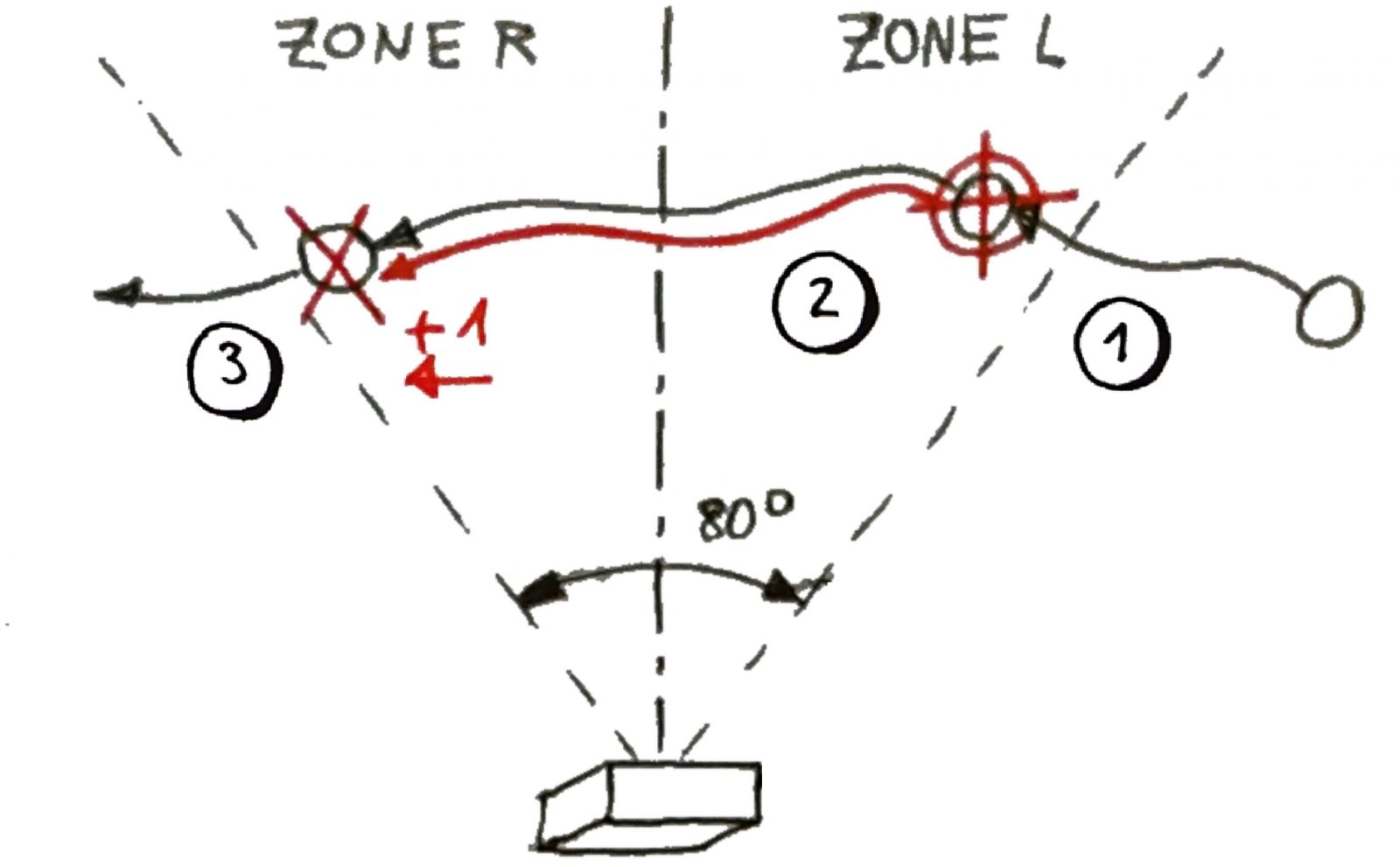 For any object passing through the radar beam, there are three phases:

In phase 1, the algorithm searches for objects in the 2D radar beam. As soon as an object has been found, it is pre-tracked to make sure it's not a disturbance. if the object moves within certain velocity and direction bounds, tracking (phase 2) starts. The object is followed through the area, and if it moves out of the area and tracking stops, the algorithm checks if it needs to count the object. If an object enters "Zone R" (right side) and moves out also on zone R without having moved into Zone L before, it is not counted. Whenever an object moves out of Zone L with direction "left" of from Zone R with direction "right", it is counted.

TCR/PCR sensors are capable to process from 1 to 4 targets simultaneously, depending on the configuration. For example, if the distance is too short for the sensor to actually distinguish between multiple targets, it will just track one, with higher accuracy in space constrained environments.

Did you find it helpful? Yes No

Send feedback
Sorry we couldn't be helpful. Help us improve this article with your feedback.